Persian Oriental Rugs are a subgroup of the many kinds of Oriental rugs.

Persia is the ancient and western world name for what we now call IRAN. In 1935, Reza Shah Pahlevi decreed that the term IRAN, the historical name of the country, which had been used by its native people since ancient times, be used and not Persia. Since then IRAN has become commonly accepted. This also changed the usage of the term for Iranian nationality, and the common adjective for citizens of Iran changed from Persian to Iranian. Persia is still used in historical and cultural contexts, including references to Persian carpets or rugs.

Iran is a large country geographically with mountain ranges and deserts. It is inhabited by about 70,000,000 people which includes great ethnic diversity. There are Kurds, Azerbaijanis, Turks, Armenians and numerous tribal groups such as the Bacitiari, Lori, Quashquai (Gashgai), Turkomans and Belouchi. These various groups are dispersed throughout the country. In addition there are the Persians, who are not the majority of the population. These Iranians live mostly in cities. In many villages and in rural areas we find the tribal groups.

Persian rugs have a reputation with the general public to be the best and are widely considered to be the benchmark for judging rugs from other countries. Their traditional and iconic designs are copied throughout the Orient.

The schematic for understand Oriental rugs per se is: CITY, VILLAGE AND TRIBAL. 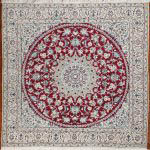 To really come to an understanding of PERSIAN RUGS I highly recommend the book THE PERSIAN CARPET written by A.C. Edwards. There is no other reference to Persian Carpets that presents such a wealth of information in English, truly unique. It details where and by whom the rugs are woven throughout Iran; how the rugs are woven and tables that show the grade knot count structure specific to each weaving center. In addition there is a vast number of photographs and illustrations that support the text. If you have the interest, it is well worth every effort to seek it out. The Oriental Rug Importers association of America referred to it as The Bible!

You can also read more about Gabbeh and Bidjar tribal rugs here on the site.

We have a beautiful selection of Persian Oriental rugs including Gabbeh and Bidjar to view online and you can always see more in our showroom. 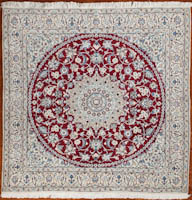 We Pick Up & Deliver

We offer a very convenient pick-up and delivery service or, if you choose to bring your rugs in to us, you can save 25% on your Oriental rug cleaning order.